The culture of Spain

Spanish traditions and customs mean a lot to the people. One of the most interesting customs is an afternoon rest or nap. Spaniards call it “siesta”. All the government institutions, banks and shops are closed in the afternoon. It is not accepted to make appointments at this time. People also love one old tradition called “paseo”, evening walks around the city with the aim of meeting some friends. “Ocio” is an idle conversation outside after a walk.

Spanish culture is under the influence of many other cultures. It all starts with Greeks, Romans and Muslims.

After the marriage is conducted Spanish women don’t use their husbands’ surname. That is why the children have two last names – the first one is father’s, the second – mother’s. Traditionally, the first son is named after his father and the daughter after her mother in Spain. It is very difficult to divorce in Spain. Those families that decided to officially split up are to wait for five years.

The people are buried in a completely different way in Spain, not like in other countries. The funeral doesn’t last that long. The body of the deceased isn’t committed to the ground; “cells” that may be had on lease are used instead of it. That is to say, the coffin with the body is put into the cell where it will be contained in until the relatives pay the rent.

In general, the Spaniards profess Christianity, almost 77% of the population – Catholics and only 1% — Protestants. Other religions also exist in Spain, in most cases – Islam.

Three pillars of the culture of Spain: corrida, flamenco and football.

The first association that comes to mind when somebody mentions Spain is, of course, corrida. Corrida is bullfighting, the most popular one of all existing traditions in Spain. Exactly it combines cultures of many countries. Bullfighting was brought to there by the Greeks and Phoenicians. It has developed over the centuries and now it has a centuries-old history.

This original Spanish entertainment frightens many foreigners with its cruelty, only Spaniards understand its deep meaning. This show doesn’t inferior in temperament and beauty to flamenco, its excitement even prevails over the excitement of the most breathtaking and tense football match. There is love for the thrills in the Spaniards’ veins and corrida attracts them exactly thanks to this love, not cruelty. Where else can we see such a storm of contradictory passion except during bullfights? Torero (bullfighter) who ardently loves and respects the bull must kill it not to let it do itself. This dramatic and, as a matter of fact, ambiguous show has been a source of inspiration for the artists and musicians, writers and directors for many centuries. The unique Spanish spirit is reflected in this extraordinary action. Corrida is an integral part of the Spanish culture. Originally, it represented the fight between a bull and a man who was riding a horse and some time later a man came to the bull himself. The person who fights with the bull is called a matador now. Currently, corrida is a special tradition and a whole ritual in the Spanish culture.

Nowadays, according to the last surveys, more than two thirds of Spaniards are indifferent to the bullfights and one third just condemns the lovers of this show.

Corrida is not the only one entertainment with the participation of bulls. For instance, encierro is held every year in July in the Pamplona city. Everyone who wants is able to participate in a peculiar courage test. This celebration looks like a mass runaway of a male population from a furious herd of bulls. The length of the dangerous route is one kilometre. The Spaniards themselves consider encierro as a rite of passage from boy to man, that is why mainly boys participate in this action. In Spaniards’ opinion, one needs much courage to run ahead of the bulls and young people win the cowardice and become real men exactly during this unpredictable chase.

Spanish culture is a fiery and passionate dance Flamenco. It has its origins in Andalusia. Many people believe gypsies danced it. Since the moment of its rise to the present days this hot and bright dance is being performed to the soulful guitar melodies. Flamenco is a soul of Spain. The joy mixes with the despair, love borders upon hate in this passionate dance. Every single person is able to feel it and it is not necessary to know Spanish language at all to do it. A musical and dance style of flamenco owes its origin to the gypsies.

In the fifteenth century they came to the Spanish lands from the East and brought their dances and music in which Judaic, Byzantine and Arabian motives are mixed. Flamenco is a lifestyle and the way to express positive and negative emotions. The

gist of flamenco is songs sung to the guitar in which people’s deep feelings – love and sufferings — are expressed. Vocal performance is illustrated by the passionate flamenco – the dancer expresses the meaning of the song clearer with his moves. Flamenco is considered as the most similar entertainment to the bullfights by its intensity of feelings and attraction.

One more important part of the national culture of Spain is football. Though this sport arose in England, exactly Spaniards made it passionate, artistic and colourful. Tense excitement, awe, burst of joy and disappointed sighs – every single Spaniard experiences all of this watching his favorite sports performance. Every Spanish boy plays football since his early childhood. The players of the national team of Spain are thought of as heroes and people know everything about them including the names of the members of their families and even their pets’. The Spanish football players go to every match as in the last mortal battle with flaming eyes and a huge will to win. One of the most important elements of the Spanish football is the artistry. Scoring goals, passing the ball and taking it away, doing any other thing on the field every player always remembers that he is also an actor and that the spectators wait for the demonstration of his acting skills along with the sportsmanship. All Spanish players turn the match into the colourful theatrical performance by their facial expressions, graceful falls and the manner of getting happy because of the scored goal. The players do their best to make the simplest game elements beautiful, highly skilled, delicate and natural. Most of the stadiums are named in a memory of the football players and the national team of Spain is the national pride.

Other equally important features of Spain are fiestas and festivals which play a special role in Spaniards’ life. More than 3000 different fiestas and festivals are held in this country annually. Each event has a special meaning for the social life of Spanish people. Every city or village has its own festival. It can take several weeks. There is a good music, passionate dances and rich Spanish cuisine! It is possible to see fireworks, corrida, musical competitions and people dancing flamenco during the largest festivals.

Spanish fashion was originated in the Golden Age. However, Spanish fashion houses and collections appeared relatively recently compared with other countries. Nowadays, exquisite fashion of this country is flourishing.

Most of the time Spain stuck to pragmatism but there was a period when exactly this country had the reputation of the leader of fashion. The brightest fashion time in Spain falls on the 16-17th century. At that time the style that prevailed on the Iberian Peninsula was welcomed in many European royal courts. The founder of this trend was Juan de Alcega who published his treatise “Book on Geometry, Practice and Pattern” (Libro de Geometria, Practica y Traca). But, in general, Spanish fashion was introducing its trends in the fashion world from time to time. In the fifteenth century exactly Spanish tailors created “armour” that was tightening chest and stomach. It was a forebear of the corset.

Canonical matador’s costume is a symbol of Spain. It was created in the eighteenth century on the basis of Andalusian folk costume. To look like a matador one needs five things:

Muleta – red cloak but of a smaller size;

A true matador needed about six gala costumes for a season though tailoring wasn’t easy and one was to intricately sew it. Currently any unit of this costume costs a substantial sum of money and antiquarian ones are more expensive. Flamenco dancers’ costumes are also considered as entirely Spanish. Traditional Spanish costume consists of a shawl, long bright dress with frillings and flounces (bata de cola) and also a fan. Men often perform wearing a hat and black trousers.

There are a lot of specialists that are involved in the process of creation of practical everyday clothes for people of different ages and social groups. The holding company most in demand is Inditex Group which includes such companies as Zara, Massimo Dutti, Pull&Bear, Bershka and Stradivarius. More than 3000 shops in 67 countries belong to this empire.

There are also two giants of the modern Spanish industry – the companies Punta Fa and Mango. Some outstanding people (Penelope Cruz, Mila Yovovich and so on) were involved in the creation of commercial for brand Mango.

Spain is one of the oldest musical countries in Europe. Amazing originality of song genres, instrumental music, dancing art is caused by historical peculiarities of this

land. In the initial period of its development the musical culture of Spain included various trends characteristic of certain provinces. Different cultures were getting mixed up over time, creating a special Spanish style that was not like other styles at all.

Music of Spain has been known for the art of playing guitar since the beginning of the thirteenth century. Nowadays, two types of traditional musical instrument are distinguished: flamenco and acoustic guitar. Modern music contains at its core folklore that distinguishes Spanish songs from other ones by recognizability.

The culture of Spain is marked thanks to the success of national cinematograph, too. The director of the masterpiece “Andalusian dog” Luis Bunuel had created a big gallery of worldwide famous works over 40 years of his career. The producer’s glory was firmly established by such directors as Pedro Almodovar and Carlos Saura. Nowadays, Spanish TV shows (“Elite, “Paper House”) are also very popular.

Spanish fine art left an important mark in the history of world culture. The works of The Golden Age brought painting a worldwide fame. The masterpieces of the religious genre created by the artist El Greco are referred to them. Artists like Francisco Ribalta, Diego Velazguez, Bartolome Murillo, Jusepe de Ribera. Artistic traditions were subsequently continued by the great works of the artist Francisco Goya. Salvador Dali, Juan Miro, Pablo Picasso and Juan Gris.

The culture of Spain is well represented in monumental constructions: Gothic cathedrals, medieval castles, splendid palaces. Spain takes the second place on the number of worldwide famous monuments, giving the pas to Italy.

The curious tourists must see Triumphal Arch, Lleo Morera’s house in Barcelona. Going to Valencia one should see Serranos Towers that was constructed in the fourteenth century. Stepped Pyramids of Guimar, located on Tenerife, amaze the imagination with its large scale and remain age-old riddle for mankind. The Giralda-Medieval Islamic Minaret-Bell Tower is the symbol of Seville. The ancient relics of St. James, after whom the historical building was named, are kept in Santiago de Compostela cathedral.

The reflections of the peculiarities of Spanish culture are to be found in modern buildings, too. Agbar Tower, the architect Frank Gehry’s construction that has the shape of fish, bin Laden’s house – a small list of worldwide famous works of architect art that admirably represent their country.

The culture of Spain has unique identity, richness and beauty thanks to a special geographic location of the country. Territorial location on the borders between Africa and Europe, banks surrounded by the warm Mediterranean Sea and Atlantic Ocean – everything is reflected in traditions and customs of hospitable Spain. 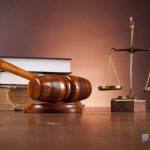 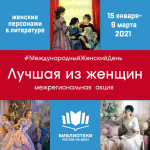 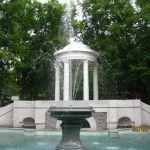 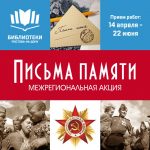 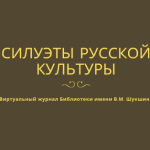 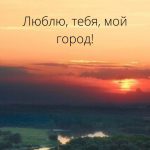